The first stop after arriving in Riga was our hotel. Get out of those nasty plane clothes and into the nice stuff for 25°C. It was so hot. Then we went straight to the Fat Pumpkin. My stomach was digesting itself already and I was starving. Give me this gluten free burger. Wait. Glutenfree? Crazy? 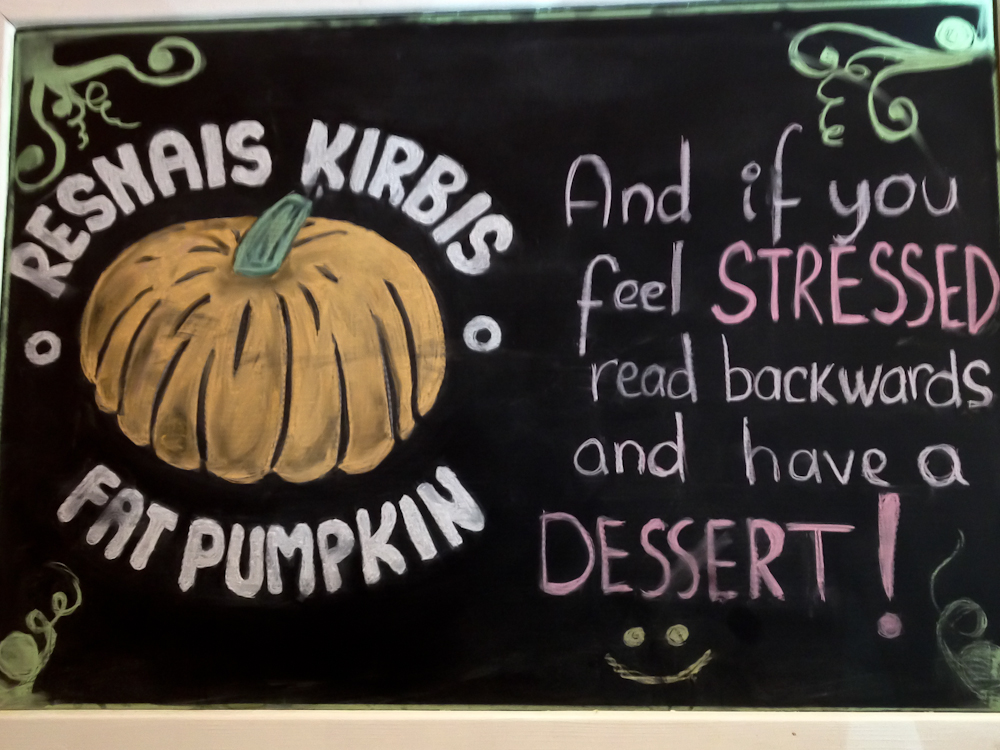 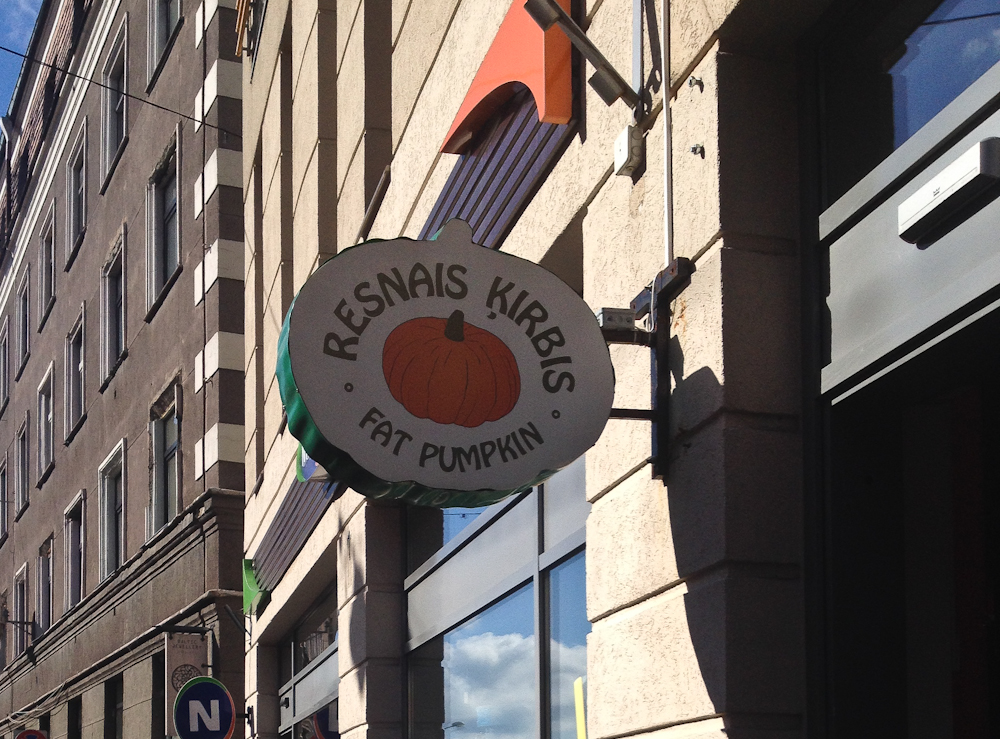 The first time I have dealt with the topic “gluten” was before and especially in Riga. For reasons, wheat was already a rare guest in my diet; spell, rye, oats, and co. were still on it. (Until now.) After three days (almost) gluten-free in Riga I didn’t get any new pimples. And further, THAT had to be pursued.

At the start of 2016, my skin was ready for a second puberty. With twentysometing. Congratulations. I tried every toner, gel, creams and everything else I could find in the pubertysection of my local drugstore. some things worked a little bit. Most of it was a waste of money. But, I won against my pimples. All of them!

I’ll tell you a bit detailed how I did it, in a future blogpost.

Let’s get into the topic I wanna talk to you about…. 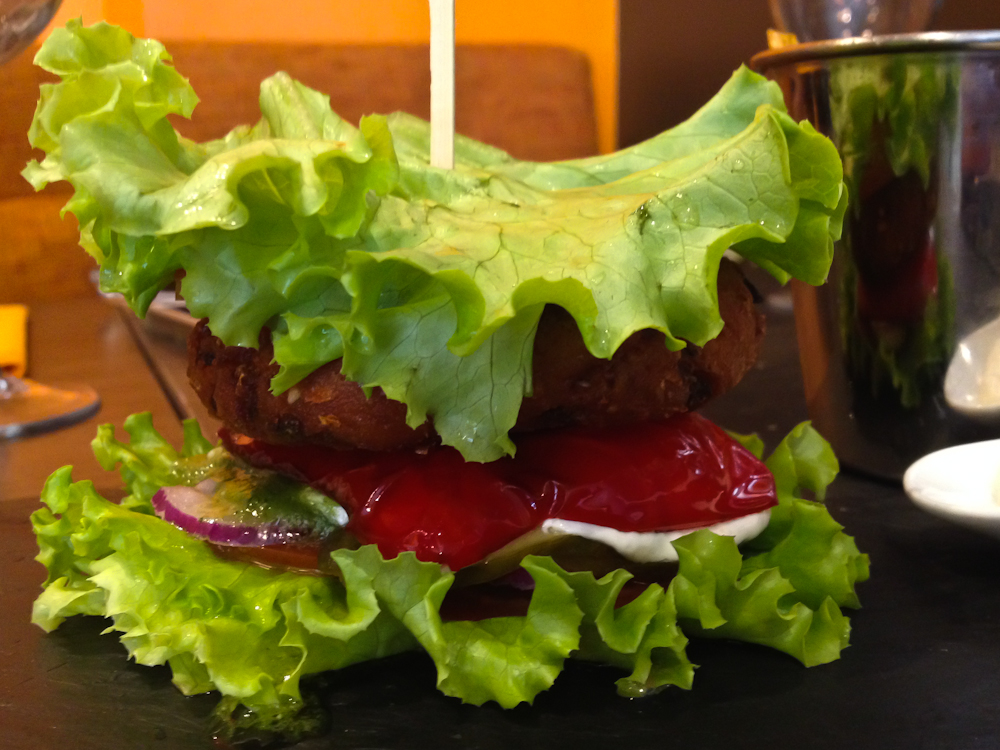 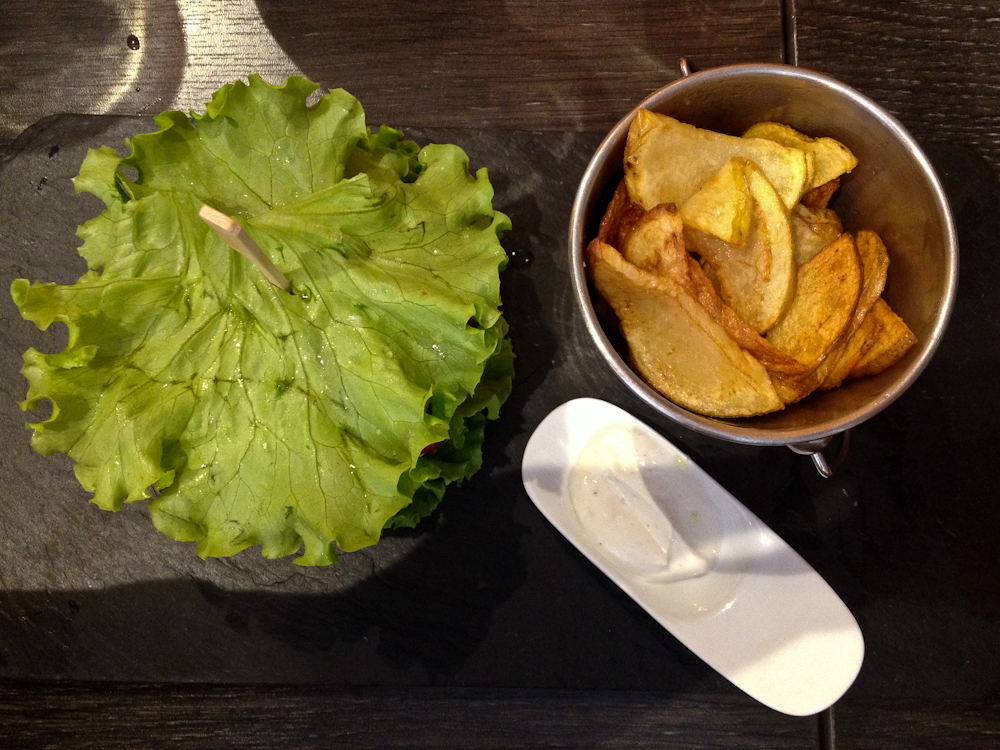 Fat Pumpkin is unique. A really nice and small place right at the edge of the old town. On both of our visits, we were mostly on our own there and got all of the attention. Maybe it was just the wrong time or the fact, that it wasn’t that crowded at all in Riga; the food wasn’t the reason, why the place was that empty. It was great.

Instead of a normal bun, we got the gluten free kind of “bun”. Lettuce leafs. It was great. I never had less of a mess after eating a burger. And I never ate a burger with knife and fork before.

And now a tip: Give some lemon juice over your fries. Tastes delicious and it’s “healthy”. (Vitamin C. ;) )

At our second visit, I had zucchini/courgette noodles with avocado sauce. On the menu stood something like “Creamy Zoodles”. It was cold and good and way too little for my big stomach, even if I don’t like avocado that much. 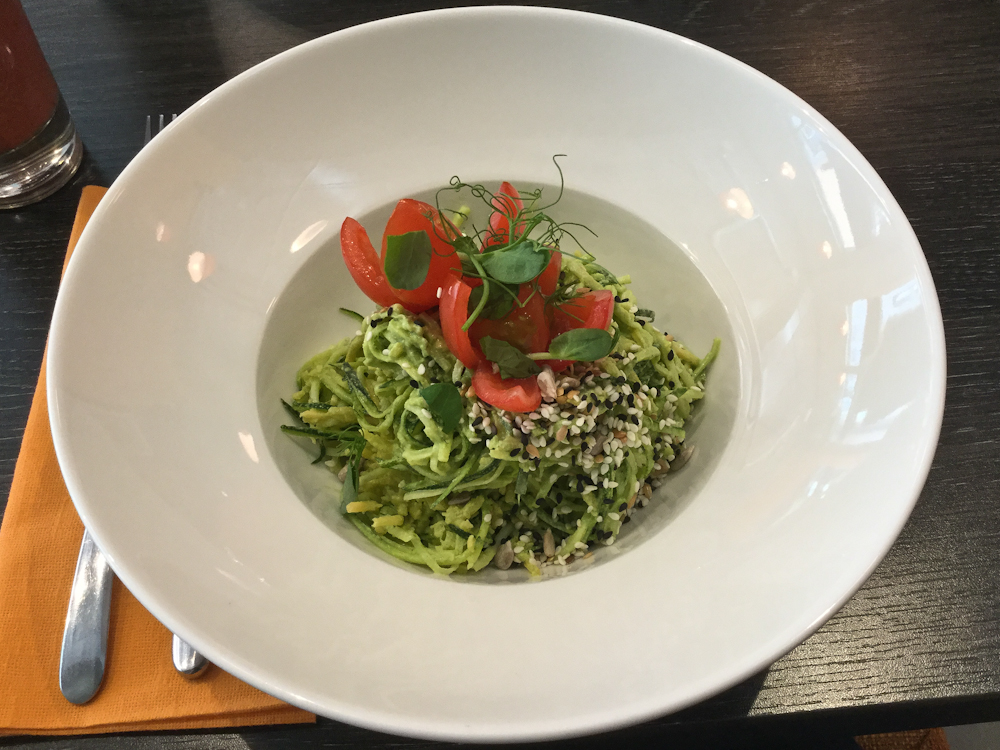 Next to Raw Garden, Fat Pumpkin is definetly worth a visit.

Where have you been eating the best so far? 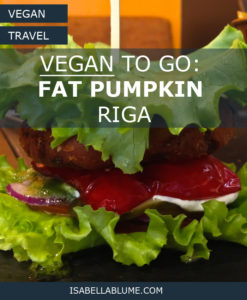 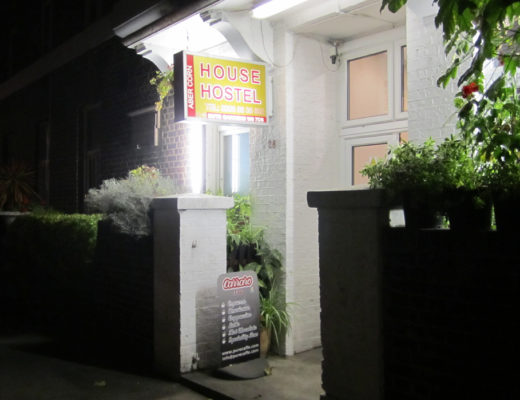 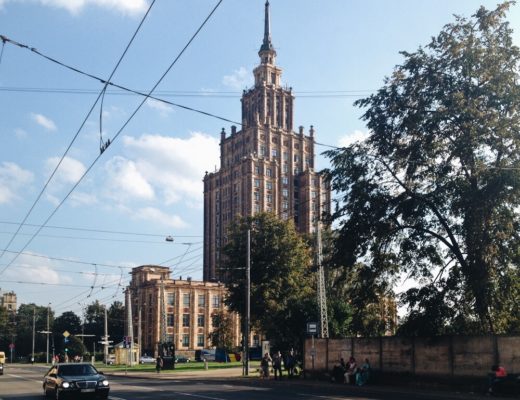